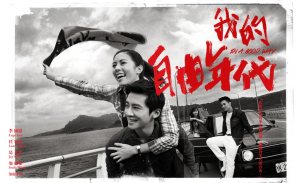 In the summer of 1995, childhood friends Zheng Ren Wei and Lin Jia En took their college entrance exam. Zheng got into a college in Taipei and was ready to start an exciting life in the big city. Lin, unfortunately, failed the test and was stuck in the countryside. Bored out of her mind, Lin decided to go find Zheng and spend her 4th year of high school in Taipei as well.

Most of the kids far away from the city proper (well, I did) always thinks that going to the Metro to study college is the ultimate “independent” thing to do.

In a Good Way (IaGW) is a coming of age story about two childhood bestfriends (Jia En and Ren Wei) who discovers more of the world after going to college in Taipei. 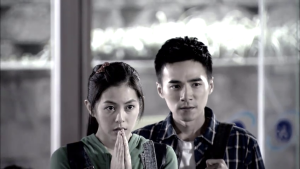 Having spent all his life in their village, Ren Wei only has one goal in mind: to attend college in Taipei. For him, going to college equates to having his freedom and achieving independence. After passing his college entrance examination, Ren Wei finally goes to Taipei, leaving Jia En behind.  Jia En, feeling bored without Ren Wei behind, decided to follow her friend to Taipei, and it is here where she meets friends that would change her life.

And because I don’t want to leave you with just this summary, I’ll END_OF_DOCUMENT_TOKEN_TO_BE_REPLACED

In this drama based on basketball (and somewhat on the anime Slam Dunk), a Taiwanese national team basketballer, Yan Xing Shu plays the lead Duan Chen Feng, whose world consists of his 2 greatest loves: basketball and his girlfriend, Xiao Xi (Angela Zhang). They find their perfect world shattered, however, when on the day of his most important match, Duan Chen Feng has an accident on his way to the competition, and paralyses Angel (Margaret Lin), who just happens to be the sister of Iceman (David Chen), his biggest opponent since they were young. To shoulder his responsibilty, Chen Feng leaves school and his basketball so that he can take care of Angel. Xiaoxi, who does not know the reason behind Chen Feng’s leaving school and giving up his beloved basketball, is heartbroken and bewildered. At about the same time, the other lead male character Tai Zi, or Prince (Tony Sun), enters the plot. He falls in love with Xiao Xi’s plucky and determined character.chen feng’s gentleness to angel causes angel to have feelings for him….how complicated can this love triangle be? (source: dramawiki)

It had been nine years after this drama aired and I was only able to finish it a while back, pretty pathetic right? LOL.

Let me first say that the biggest reason why I did not watch My MVP Valentine before was because of 5566. It was aired during the time when F4 was at the height of their popularity and I’m sure everyone can understand how I felt toward any group that will challenge them. Back then, I instantly disliked 5566 – and all things associated with them.

Still, during the few times that I was able to catch it on TV, I found the story interesting but it was not enough to make me watch it. If there was one thing I like best about MMV, it was the OST, the song Wo Nan Guo to be exact. Up until now, I still know and love the song.

Guess what? It was Wo Nan Guo that END_OF_DOCUMENT_TOKEN_TO_BE_REPLACED

Xiao Shi is a girl who has gone through many short relationships, 17 to be exact, not one lasting more than 3 months hence, she was cursed with a three-month curse. After being dumped by her 17th boyfriend, the world looks grimmer than ever. At that time, a famous idol, He Qun runs past, bumps into Xiao Shi, and they end up “kissing” on the street. Paparazzi swarmed by and to avoid a bad reputation, He Qun’s manager declared Xiao Shi as He Qun’s girlfriend of one year and fiancée. Thus, a love contract was made. This story is about how the couple learns to like each other after having disagreements in the beginning, as well as fighting the injustices the media throw at them. Will Xiao Shi finally break her 3 month curse? (source: dramawiki)

Smiling Pasta started great, then midway through the show, it got kind of tiring, but let me explain why first okay?

I read from Dramawiki that SP’s supposed to be a remake of the korean drama Full House, I think it’s more on the concept part.

What’s good about this drama is how light hearted and funny the scenes were. You’ ll enjoy watching every episode because it deviated from the dramatic plotline that other dramas have. Speaking of dramatic plotline, I haven’t encounter a taiwanese drama with that theme for quite a long time now (or is it because I haven’t watch that many tw dramas?), and honestly I miss watching series like those.

Back to Smiling Pasta, this drama’s “aura” is similar to dramas like My Lucky Star, FTLY, etc. I noticed it during the first episode and so I thought that it will be good – which it is really.

The actors did well. No doubt about that, I would not elaborate more on this part, it’s for you to see.

Let’s get to the part which made me think that SP’s a bit tiring. For me, it would be better if they squeeze this drama into a 13-14 episode one. ‘Coz if you’ll look more closely, the conflicts in the story started early and come episode 10+, the problems were a bit solved, there isn’t really a huge conflict surrounding SP (which I think is the reason on why it became a light hearted drama) except on how the media influenced He Qun’s social and private life, gosh, the media thing can be so annoying. Past episode 12 I think, I sarted to get a little impatient on how the story’s going because all they talk about is He Qun’s inability to confess his love for Xiao Shi and Xiao Shi pestering He Qun to admit it. You’ll always see this scene.

Enough of my rant, don’t take my review too seriously bec. it’s only my opinion, overall I enjoyed watching Smiling Pasta, and I know a lot of people who also do 🙂