In the summer of 1995, childhood friends Zheng Ren Wei and Lin Jia En took their college entrance exam. Zheng got into a college in Taipei and was ready to start an exciting life in the big city. Lin, unfortunately, failed the test and was stuck in the countryside. Bored out of her mind, Lin decided to go find Zheng and spend her 4th year of high school in Taipei as well.

Most of the kids far away from the city proper (well, I did) always thinks that going to the Metro to study college is the ultimate “independent” thing to do.

In a Good Way (IaGW) is a coming of age story about two childhood bestfriends (Jia En and Ren Wei) who discovers more of the world after going to college in Taipei.

Having spent all his life in their village, Ren Wei only has one goal in mind: to attend college in Taipei. For him, going to college equates to having his freedom and achieving independence. After passing his college entrance examination, Ren Wei finally goes to Taipei, leaving Jia En behind.  Jia En, feeling bored without Ren Wei behind, decided to follow her friend to Taipei, and it is here where she meets friends that would change her life.

And because I don’t want to leave you with just this summary, I’ll END_OF_DOCUMENT_TOKEN_TO_BE_REPLACED

I DL-ed the episodes after they were subbed, but somehow I stopped at episode 12 and never did find the time to finish it.

And bam, finished I am. I kinda blame myself for only having the time to finish it now but hey at least I am done. 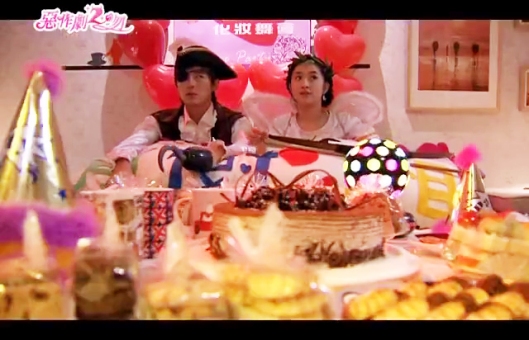 I won’t get tired of saying how It Started with a Kiss is my favorite drama of all time. As most of us know, TKA is its sequel. ISWAK showed us END_OF_DOCUMENT_TOKEN_TO_BE_REPLACED 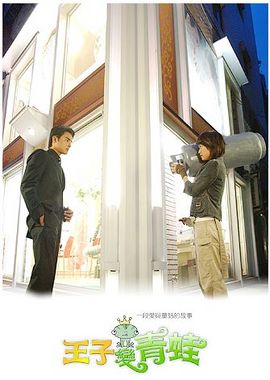 Shan Jun Hao (Ming Dao), the CEO to a large hotel chain, is the stereotypical heir – spoiled, coldhearted, and ruthless. He meets Ye Tian Yu (Qiao En), a schemer and somewhat of a gold-digger and after a series of events, Tian Yu “accidentally” runs Jun Hao over. Turns out, Jun Hao has lost all of his memories and became a kindhearted and loving person. Just when love is in the air, Jun Hao’s family came looking for him and he has a fiancée who loves and misses him. Some more “accidents” occurred, and Jun Hao lost all of his memories of Tian Yu and went back to being a spoiled heir. However, Tian Yu fights for their love even though Jun Hao thinks of her as a lying schemer. Will Jun Hao remember his love for Tian Yu? Who will Jun Hao choose? And who is the person causing all the “accidents”? (source: dramawiki)

Truth is, I am aware of the popularity that The Prince Who Turns into a Frog experienced (I knew it years ago) but my own personal bias stopped me from seeing it.

Bias #1: I didn’t find Qiao En pretty and I was doutbul whether she can make a series interesting enough for me to enjoy.

Bias #2: I didn’t like Ming Dao (inserts GASP here). I didn’t find him cute and I thought he was a bit short (really, you see, a man’s height is a factor in his appeal, or is it just me?)

There are series that are really good but for some reason you could not continue watching it.

In my experience of watching Asian Dramas, The Outsiders is the first one that I have given up watching because of the sadness it brought me. I have given up on some dramas but this is the first instance that the decision came from me (although it pains me). I have unfortunately came across series with horrible plots but why is it that a series as amazing as The Outsiders affected me this much?

Story revolves around three sworn brothers namely Yu Hao (Dylan Kuo), Dan Zi (Blue Lan) and Ah Qi (Michael Zhang). They are delinquents, fighting to gain what they want, though they have never officially joined any triads yet. Their leader Yu Hao falls for Pei Yu Yan (Ady An), who is the opposite of everything that the boys are. She is from a family with very good background and has a bright future as a budding pianist. An ambush on Yu Hao by a rival gang brings them together when Yan Zi saves Yu Hao.

So the story revolves around how they fall in love and how Yu Hao, in a bid to protect Yan Zi, ends up joining the triads in order to get protection.

As I have said, the decision of stopping this series (right after finishing episode 5) came from the pain it caused my heart (for real). It is not because I find the story unappealing.

In contrast, I can’t help but smile during the first two episodes. My heart did flutter whenever Ah Hao and Yu Yan END_OF_DOCUMENT_TOKEN_TO_BE_REPLACED

The series that made me love Show Luo ♥

Da Lung (Show Luo)was a certifiable dork when he first arrived in Hangzhou. After his schoolmate Bao Zhu (Rainie Yang) saved him from bullying, she became his first love. Then, a misunderstanding caused them to lose contact when she moved back to Taiwan. He thought she dumped him. So he transformed himself from a dork to a hunk in order to seek revenge (source: dramawiki).

Unbeknownst to Bao Zhu, Da Lung was just a false name made to conceal the real identity of Xue Hai, heir to a million dollar company. Three years after not seeing each other, Bao Zhu was surprised to see Xue Hai, a guy who looked exactly like Da Lung but whose personality differed from the innocent and kind-hearted guy she once fell in love with.

A year ago (if my memory serves me right), I attempted to watch this drama but somehow it did not happen.

I am not a fan of Show Luo, I tried to watch Corner With Love, but to no avail he did not appeal to me. Next came Hot Shot, but not even Jerry Yan can persuade me to at least watch it. I always knew that Show is more of the comedic actor, and  END_OF_DOCUMENT_TOKEN_TO_BE_REPLACED

If ever Secret Garden would have a Taiwanese version remake, wouldn’t Show Luo be a good choice for Hyun Bin’s role? I mean, come on!

In this drama based on basketball (and somewhat on the anime Slam Dunk), a Taiwanese national team basketballer, Yan Xing Shu plays the lead Duan Chen Feng, whose world consists of his 2 greatest loves: basketball and his girlfriend, Xiao Xi (Angela Zhang). They find their perfect world shattered, however, when on the day of his most important match, Duan Chen Feng has an accident on his way to the competition, and paralyses Angel (Margaret Lin), who just happens to be the sister of Iceman (David Chen), his biggest opponent since they were young. To shoulder his responsibilty, Chen Feng leaves school and his basketball so that he can take care of Angel. Xiaoxi, who does not know the reason behind Chen Feng’s leaving school and giving up his beloved basketball, is heartbroken and bewildered. At about the same time, the other lead male character Tai Zi, or Prince (Tony Sun), enters the plot. He falls in love with Xiao Xi’s plucky and determined character.chen feng’s gentleness to angel causes angel to have feelings for him….how complicated can this love triangle be? (source: dramawiki)

It had been nine years after this drama aired and I was only able to finish it a while back, pretty pathetic right? LOL.

Let me first say that the biggest reason why I did not watch My MVP Valentine before was because of 5566. It was aired during the time when F4 was at the height of their popularity and I’m sure everyone can understand how I felt toward any group that will challenge them. Back then, I instantly disliked 5566 – and all things associated with them.

Still, during the few times that I was able to catch it on TV, I found the story interesting but it was not enough to make me watch it. If there was one thing I like best about MMV, it was the OST, the song Wo Nan Guo to be exact. Up until now, I still know and love the song.

Guess what? It was Wo Nan Guo that END_OF_DOCUMENT_TOKEN_TO_BE_REPLACED