My list is so outdated! In fact all of those above aren’t even on my current list 😛 Will update soon!

It took a win against Vietnam to turn the Philippines’ attention towards football. That first, our country has potential in football as compared to basketball, second that football is an exciting game, and lastly, that ballers are hot. LMAO.

It’s a sad thing that we did not advance to the finals, and I have to admit that it broke my heart to see the Azkals give their all out and lose. The odds were all against us (home court advantage, biased referee-ing, etc), still we managed to show them what we were made of, I think given a few years, we can be among the best. Seriously. We just have to train harder and we have to work on our offense, if North Korea can qualify in the World Cup, why can’t we?

Football is the most famous sport in the world, yet we are addicted to basketball. I have nothing about basketball, I was once a fan but it’s time that we try to switch to a sport where we can excel more. The sad thing is, even our fellow kababayans have little faith in our team, even I was not interested in our football team until the much celebrated win against Vietnam. As I was watching the game yesterday, people around me were telling na “Ay, matatalo na yang Pilipinas“, they were all saying that, and I told them na hindi pa tapos ang laban.

I have to admit that we still have to learn a lot, especially in our offense, we have to work on our midfield, we have to train our strikers, etc. As for defense, we’re doing pretty great, I was amazed at how great they were at defending. And as for our goalie, we undeniably have the best goal keeper. Neil Etheridge deserves all the praises. He has what it takes to be the next Iker Casillas. He’s only 20, given the proper training, he can be a well known player globally 🙂

Enough with my thoughts, I’ll give you the list of my favorite players in END_OF_DOCUMENT_TOKEN_TO_BE_REPLACED

Do you have your favorites?

To date, I have only loved a few sports icons, when I meant loved, it meant that I am completely head over heels on the said icons, as in my adoration for them matched no other. Here are those few (arranged by date):

Basketball: *Mike Bibby (2004? I think, I liked him when he was still in Sacramento, and when I was still an avid fan of the NBA)

Swimming: Michael Phelps (2004) – I think the respect I have for him will last forever (as evident by my Phelps related posts during the 2008 Olympics, he’ll be my most favorite sports idol ever.

and now just who in the world is HE (picture below)? 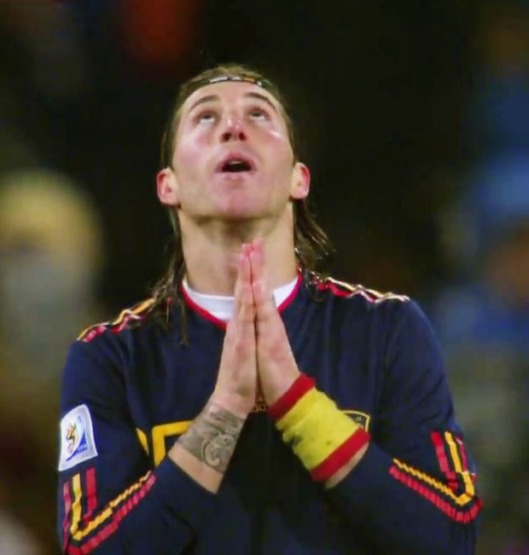 END_OF_DOCUMENT_TOKEN_TO_BE_REPLACED

randomness. randomnity – are there such words? ahaha. whatever.

I don’t know what came over me but I’ve decided that I wanted to watch chick flicks, I’ve been looking for the best chick flicks of all time, but either the movie doesn’t interest me or it’s rather old.

I’ve watched 2 movies today. Ever After and Just Like Heaven.

Well, I like both of them. And it had made me cry. I don’t know maybe I’m just in a emotional state for the past few days (consequence of being sick for days already).

Ever After – what a way to retell the story of Cinderella, totally enjoyed it, though I think it would be better if the prince was more hot, haha, but putting that aside, the story’s beautiful. Made me cry like hell when the prince sort of left her. arggh (sorry if i’d spoil you, but i suppose you’ve already watch this)

Just Like Heaven – a friend has recommended me this. And I loved it. Wow, I’m a fan of Mark Ruffalo (okay not that big, I’ve only watched two of his films), I like him as an actor, though he isn’t that much of a hunk but he’s gorgeous. And he and Reese have chemistry. A very funny movie. :))

Hmmm, what else should I talk about? Ah, I think it was yesterday that I’ve read an article on yahoo about this Somalian Olympic runner (whoa, i’m not sure on her nationality) and her inspiring story, and being the crybaby that I am, I’ve cried, as in, I was so moved by the girl’s persistence. I hope you’ve read that as well.

And I hate to talk about this, but rumors about Michael and Steph are circulating like crazy. I hope it’ll stop, ‘coz I don’t want to see them together. hahaha.

Ohh, and for those persons who have praised me for this blog, thank you very much. 😀 You don’t know how happy you’ve made me feel.

lastly, can you recommend me any chick flicks? it would be better if the setting’s in school, and I would want the story line to be somewhat famous guy falls for normal girl. Comments would be appreciated.

Well, almost. BUT OMG. PHELPS and RICE in the same PIC???? WHAT the h**l is happening?? PLEASE TELL ME THAT IT’s fake (obviously it’s not) 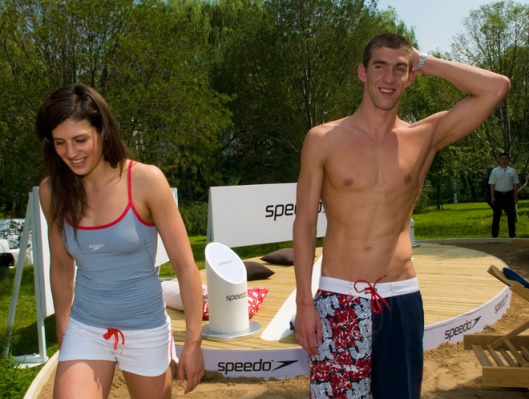 And Michael, what’s that mischievous smile of yours????? NOOOO! Even if it’s an event where team USA and team AUSTRALIA sort of hang together, but can you please not let Stephanie be with Phelps??? Argghhh.

so apparently, amanda beard and michael phelps were dating (according to rumors, and that amanda called phelps nasty), my say: who’ll want to date amanda?? oh c’mon, i hate her. hahahahahaha

Ok this would not be long. BUT I would just want to congratulate Michael Phelps for winning his 8th medal on the Beijing Olympics. 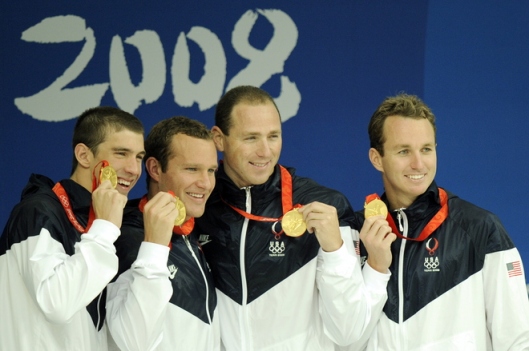 And for that he’s the first person to win 8 gold medals in the same olympic. WEEE, we’ve got history here. I’m so proud of him. I know the world is buzzing about his name, and even the newspapers of today is so full of him.

And I’m almost tempted to buy all the broadsheets with his picture on it, I end up buying 2 broadsheets today (I would want to buy one more, but maybe my friends would think I’m crazy). AWW, today’s race concludes the swimming events. So there would be no more PHELPS events. I haven’t even watch a single event of him on TV (only seen 2 of them on streaming site)

When I’ve arrived home just an hour ago, my mom said that I was so unlucky ‘coz an event of Phelps was shown on TV. Then my dad remarked that “Your Love” has gotten so many medals. AHAHA. Isn’t my family so supportive? rofl 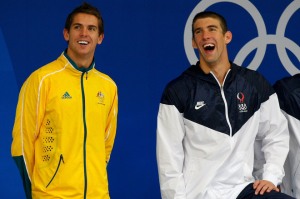 OMG. I think I’d die now. OH MY, PHELPS and EAMON on the same pic?? What the. WOW. over hotness. WAA, Eamon’s so handsome. hahahaha.

BTW, I’ve been surfing the net for more than 4 hours straight, and guess what I’m looking at? Of course the swimmer guys. hahaha.

And I feel that I should make a list of my favorite swimmers in the olympics (sorry only male swimmers). 😀 But, beware, all I focus on is Phelps, so for it to be fair, I’ve looked onto the other swimmers who has competed well in the olympics, and mind you this isn’t just about their skills, there are well, other factors. ;p 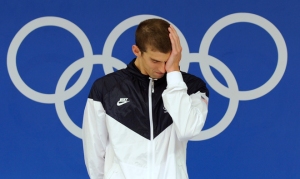 – you shouldn’t be wondering. I’ve loved him since 2004, and he amazes me everytime I see him. And he’s one heck of a swimmer. No words can describe my adoration for him. 🙂 It isn’t just the physical attraction, ‘coz I noticed him first for his skills. 🙂 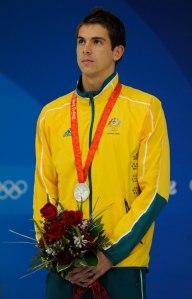 – dang, he’s the hottest swimmer out there. If only I don’t love Phelps with all my heart, I’d be fangirling Eamon. haha. You judge if I’m mistaken here. And he and Stephanie Rice were an item before, but they broke up, such a disappointment since Stephanie’s so pretty and Eamon’s so handsome. Anyway, I’ll do a more intent research on Eamon later, but at least he’s won some medals (though there isn’t any gold). 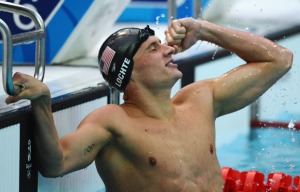 – uh huh, I quite agree with people on the net telling stuff like he resembles a greek god or something, ‘coz he really is. But honestly he should do something with his hair, it just spoils his image. HAHA. Swimming wise, he’s also great (next to Phelps perhaps).

HMMM. That sums up my swimmers list. haha. sorry for being girly and all. It’s a girl’s thing. :). BUT PHELPS is my hero.