Makino, do you honestly think that falling in love with someone as almighty as Domyouji will be that easy? I know your love has been fraught with suffering and pain but you should never doubt Domyouji’s capacity to love you and protect you (this comment came about because of the movie, the part where in they were in the island).

I had this sudden urge a few days back to re-watch Hana Yori Dango (HYD), and yesterday, I was able to finish season I, II and the movie. If ever you are wondering, Hana Yori Dango is my favorite japanese drama ever and out of all the HYD franchises (japan, korea, taiwan, mainland china, anime, name it and I watched them), I’ll have to say that Hana Yori Dango tops them all.

This post is not really a review, but more of a trip down memory lane. If I can remember it correctly, my fascination with Japanese Dramas all started with Gokusen I, that was way back in 2006. Who will not fall with the aloof and mysterious Shin Sawada? I was so crazy back then with MatsuJun that it led me to watch all of his other dramas, and it led me to HYD.

Before I continue, I want you to know that I love Meteor Garden and F4/JVKV dearly. Nothing can top my obsession over them. Anyway, permit me to say that if I happened to not love MatsuJun when I first watched HYD, I’d probably stop watching it.

Imagine this, if ever you see Japan’s F4 and if you are not that much of a fan of Jdramas, HYD’s first episode may discourage you. I have nothing against the casts, but whenever I recommend HYD to my friends, they always tell me (and it pains me hearing them say it) that ‘nah, i’ll pass’.

When I tried to question them further as to why they don’t want to, they told me that they don’t find the main leads appealing. Of course, I’ll be hurt and I tell them to not mind the casts because they will surely grow on them and the story is superb, but to no avail -.-

Here’s a word of wisdom for those people who do not want to watch HYD for any reason whatsoever (or to those who have doubts): Try watching it first, make sure you watch it straight (for it is more enjoyable that way) and I’m sure by the end of the first season, you can not stop thinking about Makino and Domyouji.

I can clearly remember what I felt the first time I watched HYD I. Right after the last episode, my mind was all Tsukasa, Tsukasa, Tsukasa. I can not even think straight and I can not do anything. I was there lying on my bed thinking of HYD. It was that bad. The feeling was magical if you ask me.

Almost two years after HYD I, HYD II came. And it was even better! That’s how good it is people.

I made a review of it here on my livejournal, for those who are interested (lol). 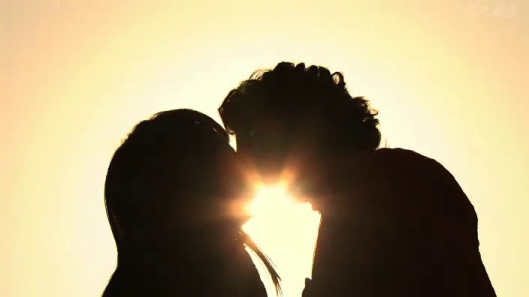 The thing with Hana Yori Dango, it touches your heart in all the right places. It makes you fall in love, it makes you hope, it breaks your heart when you least expected it but then at the end of the day Tsukushi and Tsukasa (and the rest of the gang) will make your heart smile 🙂

If in HYD I we bear witness to Tsukasa’s suffering as he tries to win over Makino’s heart, in HYD II, we share with Makino’s pain as she tries to reclaim Tsukasa’s affection. And boy oh boy, HYD II will surely tore your heart to pieces. TBH, I was quite afraid to rewatch HYD because I pity Makino (she was suffering almost the entire season II), still, as I’ve said, HYD II is simply one of the best dramas made.

In my opinion, MatsuJun is the best Domyouji ever. He truly lived up to the manga character. I have never seen someone as violent and broken up inside as him (the part where he was described as having a difficult childhood which resulted to him being a twisted person broke my heart, and the puzzle part too). You’ll hate him but you’ll love him all the more. The same goes with Inoue Mao. Her portrayal as the weed Tsukushi is brilliant. And can I forget Oguri Shun? Him as Rui = perfect.

Better stop my praises here. For the next part, I’ll be enumerating ‘some’ of my favorite parts in HYD 🙂

1. YAMERUU. Please. – nothing beats our couple’s first meeting, because if it didn’t happen, we will not have this awesome story, right?

2. Rui saving Makino from being raped – I cried at this one (probably because they played Planetarium at the exact moment when Makino was helpless), so much emotion from Tsukushi and if only Tsukasa knew that this girl will be the love of his life 😛

3. Smile for me – remember when Tsukasa asked Makino to smile in front of him and she did not? How about when Rui complimented Tsukushi that she’s cute and she smiled? Poor Tsukasa realizing all this.

4. Domyouji saving Makino – again I blame Planetarium for this one. Tsukasa running furiously to save Makino. Baka, baka, baka, you should have trusted her in the first place ><

5. Dressing up for Rui – Domyouji seeing Makino all girly because of Rui. It breaks my heart. Poor Domyouji. Then, he told her that as long as she apologized, he will forgive her. Like, girl, a sorry would suffice. Why you let him suffer? TT

6. The way you look – Domyouji telling Makino that she gives him the creeps, while deep inside we all know that he finds her pretty and he’s suffering deep inside. The pain in his facial expression while saying this tore my heart.

7. and finally, the innocent Tsukasa! – despite him being violent, aggressive and a bully, he is all innocent, naive and childish inside. That’s one of the reasons why I love this guy 🙂 If only he had a more pleasant childhood.

1. Domyouji’s birthday – not really a super fav. but I love Tsukasa’s expression upon learning that Makino was present when his engagement was announced by his mother.

2. Rushing to the hospital – him realizing how important Makino is in his life and him seeing Rui with Makino’s family. Ouch (but he deserves it for all the pain he brought her, lol).

3. My heart is shaken everytime I see Tsukasa scream in anger and frustration. 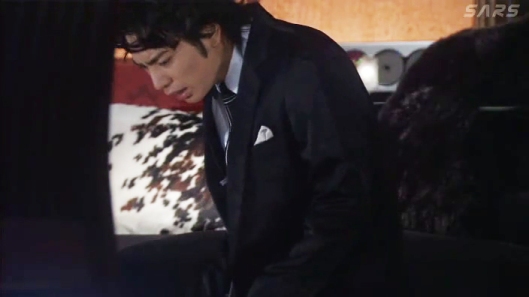 4. I love you – Tsukasa finally admitting that he still loves Makino and Makino ignoring him. Ouch.

6. Rui gives up – Rui, Rui, my dear Rui. You have been Makino’s knight in shining armor all throughout season II and there were times when I thought why not choose you? Seeing him sad makes me want to abduct him from HYD so that he can be happy. Rui had a lonely childhood too.

7. Her tears – yes, Tsukasa, her tears should trouble you. Though heart-breaking, this scene got me. I love the angst, i love how Makino finally realized that everything seems futile (yes, you should stop chasing tsukasa, make him think of you) and Tsukasa bothered by her tears.

8. Do you know something? – Tsukasa asking Makino if she knows something about his lost memory and Makino telling him that it’s up to him to discover what/who he has forgotten (you go girl!). And oh, Tsukasa also asking the reason why she isn’t coming to him anymore 😛

9. Tsukasa hearing about the possibility of Makino being dead, and his instincts telling him to go rescue her! Epic. 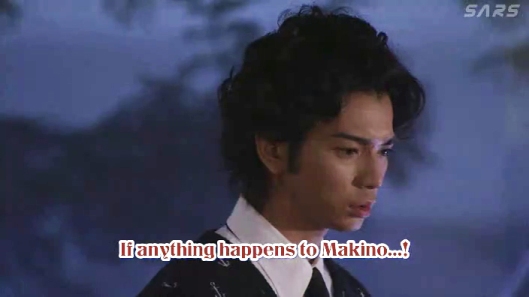 10. 🙂 I love it when his heart/body preceded over anything else. Yeah, Tsukasa, you will do anythong to protect her.

Makino: Did your memory come back?

Makino: Then why did you rescue me?

Tsukasa: Who knows? My body took over.

Well, that’s pretty much it. Of course, the finale/proposal was to die for. My reaction the first time I watched it: Oh myyyyy golly, you lucky lucky lucky girl. Tsukasa, can’t you marry me instead?

As for the movie, it was unfortunate that I lost my copy so I can not provide screen caps but holy holy holy macaroni, even if Jun doesn’t have the best bod, I was blushing during his topless scene 😛

And the part about their ‘dream’ is just so sweet.

I’m ending this post now. Even if HYD ended, it still lives on in us. I’m sure that years from now, when I have my own children, I will let them watch this beautiful story 🙂