I accidentally came across Autumn’s Concerto last Friday night, and man was I surprise to find out that Vanness Wu is the lead. 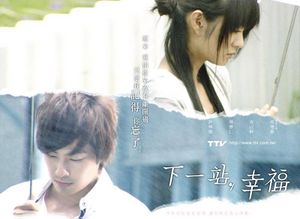 For everyone’s information, Vanness is like my first Asian star love. HAHAHAHAHAHA. As in he’s that special 🙂

Where was I? Oh yes, Autumn’s Concerto. After reading the plot, I knew that I’ll love the story, and after seeing the preview I was hooked ^^.

So I started watching AC ’til the latest episode (ep. 9) and all I can say is that it’s one of the best Taiwanese dramas I’ve seen.

I’ll try to be as honest and fair in giving my thoughts to the show (I’ll try not to be Van-biased).

First of all, I’m really glad to see Vanness act as a lead in a drama, yes he’d starred as a lead (please correct me if I’m wrong) before, but idk, I haven’t seen his other dramas since I kinda dread seeing his Mei Zuo hair (though I liked him since his MG days).

Second, I like the feeling that AC gives me. It looks a bit sad (the cinematography and all) but still I felt that I am in for a great drama.

Third, I like how Vanness and Ady have this chemistry between them. And Ady’s pretty, prettier when she has the curly hair ^_^

On to the proper review.

During the first few episodes, though I fairly enjoyed the scenes somehow I felt that the leads did not quite connect with the audience (or is it just me?). I felt that somehow, their acting was a bit lacking, I was hoping to see some pretty tense emotions from them, specifically Vanness. OKAY, I love him, yes, but I felt that he needed to exert more effort into acting out his character, please correct me, or maybe it is because I’m not used to see him acting as a lead >.< However, I do have to give my respect to him because he has improved a LOT. As in a LOT. I am so happy that he was finally given a big acting break (I’m not saying that what he has done before wasn’t considered big) where in he can show his acting potential.

As for Ady, her performance has been consistently great. No flaws whatsoever.

Now, let me redeem myself. 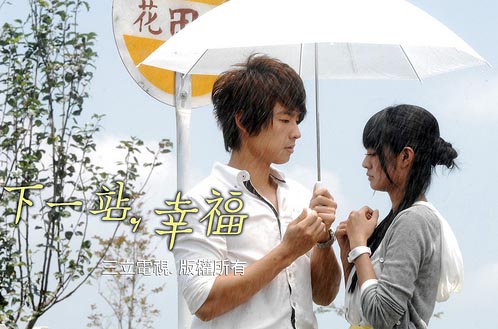 When I told that I found myself not connecting with the story, I only meant it during the first few episodes. But come the part when Ren Guang Xi (Van) discovered about his tumor and the episodes after that, the connection that I was looking for instantly came. I was taken by surprise on how great Vanness’ acting skills are. When I saw him in pain, I was like, whoa, that is an amazing display of emotion. And when the story shifted to the six years after part, I told myself that I am officially captivated by Autumn’s Concerto.

Everything went from good to brilliant after the six years part. If before, I didn’t shed a tear in a single episode, I then found myself crying because of Xiao Le, I guess having a cute child on screen can melt anyone’s heart. Plus the way the story developed during this time frame is enough to make one appreciate the drama entirely. From what I heard the drama will have 12-13 episodes, it is short but then I recently learned that Autumn’s Concerto was adapted from a novel, and there’s this person who has kindly translated chapters from the novel, from what I read, it’s more than enough for the drama to have 12 episodes because then we can’t expect overly dragging scenes right (but 15 episodes won’t hurt, right?)? And I’m so glad that the ratings for Autumn’s Concerto are incredibly high, a perfect rating for a perfect drama.

I hope to see more dramas from Van in the future (yes yes, it’s my fangirl self talking). But from what is happening right now, I’m sure we’ll see lots of Actor Wu in the future 🙂

As for everyone who haven’t seen this, I suggest that you do see it now, as in right now. LOL.

FINAL THOUGHTS ON THE SERIES

At long last, I finished watching Autumn’s Concerto (yay), from the intial 12 episode series to 20 and then it was extended to 21. Can’t blame the production staff though, with the ratings achieved by AC they just have to do that, but then again, as I previously mentioned, it would  have been better if there were like 18 episodes? There were parts in the latter episodes that were unnecessary and dragging, yes. Or it may just be me, ‘coz I failed to tune in on the latest episodes.

However, I think almost all the dramas out there have that kind of flaw. Despite it, I still love Autumn’s Concerto, and if given the chance, I will absolutely adopt Xiao Le (can I get Guang Xi too?), he’s one of the reasons why AC became special.

And I ❤ the last episode. It was so sweeeeet. I wished there were more GX-MC scenes like that. And lastly, for our Actor Wu, there’s still a lot more room for improvement ^.^ I know you’ll do better in your future dramas 🙂

Almost five years after I have seen this drama and it still never fails to make me fall in love with it. If possible, I have appreciated and loved it more.

In my opinion, Autumn’s Concerto, is what one would call a complete romantic drama. Even if it is full of cliches (because you gotta admit that every drama has a cliche in it), everything that I am looking for in a love story is present (i.e. Cinderella type story, amnesia, time jump, second chance romance, unexpected pregnancy). Over the last five years, I have developed a distinct taste for stories (a taste that has been acquired through countless TV series and books), still, Autumn’s Concerto has me hook, line, and sinker.

Watching Autumn’s from a “matured” point of view, I noticed less of the flaws and began to appreciate the story. I believe that I have loved it more this time than when I first watched it. Suddenly, my issues with Vanness’ acting weren’t present. I think that he did a great job all throughout the series (sure there were still times that his acting seems off but they were negligible). I would further say that he was in his prime in this drama.

After rewatching this drama, my heart ached. It ached because I know that with Vanness married, my fangirl heart will never be the same again. The thing is, everytime I’m watching this, I could not help but feel that I suddenly want to have my own family (but Guang Xi needs to be the father, haha). Can I just also add that Xiao Le is the most adorable kid that I have ever seen in dramaland? He’s too cute for words, especially when he smiles (whether it’s intentional or not). One of my favorite scenes of him was when he was asking Guang Xi if he loves Mu Cheng or not (episode 17). He’s too persistent (adoooooraaaaabllllle).

To conclude, I would just like to illustrate how much this story means to me. I wish to be a writer in the future, and I honestly think that all of the elements that I want my story to have was shown in Autumn Concerto.